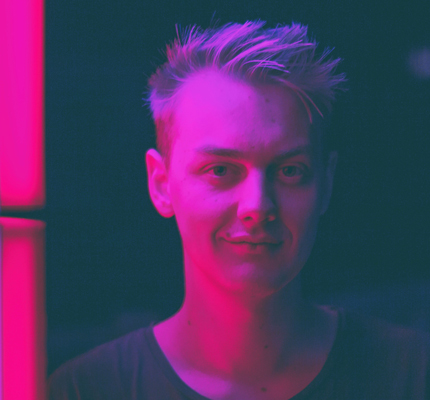 Lukas Schreder aka Platos Dream is an Austrian musician inspired by the philosopher Plato. He has used his concept of the dream and ideas as the seed from which all creativity and evolution grows and spreads. This frees up his mind and extends the limits of where his music takes him.

He has been playing piano since he was 6 years old. After 12 years at music school, and having developed a love of boogie woogie, he started playing in bands embracing as many genres as possible including grunge, (stoner) rock, reggae and funk. The lead guitarist in his first rock project introduced him to the guitar and more importantly to the looping machine which kick started the next phase in his development.
He created countless loops, each only a few seconds long and hyped by the world of overdub, he started producing his first songs. Over the years he has refined his musical tastes and production methods - His debut EP "Behind Licked Doors" shows the great variety of sounds and influences of a wonderful Platos Dream.

His debut single "You and I" already had a really nice feature on the national Austrian radio station FM4, is still in rotation on radio stations in Germany, France, UK, USA, Russia and some other countries, and was featured on some great playlists and blogs. “Well produced, terrific sounding track with hints of ethnic chants and electronic variations constructing a positive world vibe!” - „Give it a Spin“ Award-winning culture hub & radio show.

His second single "Cloudy Expression" consciously illustrates his approach on the feeling of rolling through life in a cotton wool filled bubble, with a blurred view, although clear vision.
The song somehow builds a bridge between an emotional state of mind and weather, as unpredictable as it comes.

And here´s a link to the video of one of his earlier productions. "A Journey" won in the category "Best Music Video" at the Tiroler Shortfilm Festival 2018!